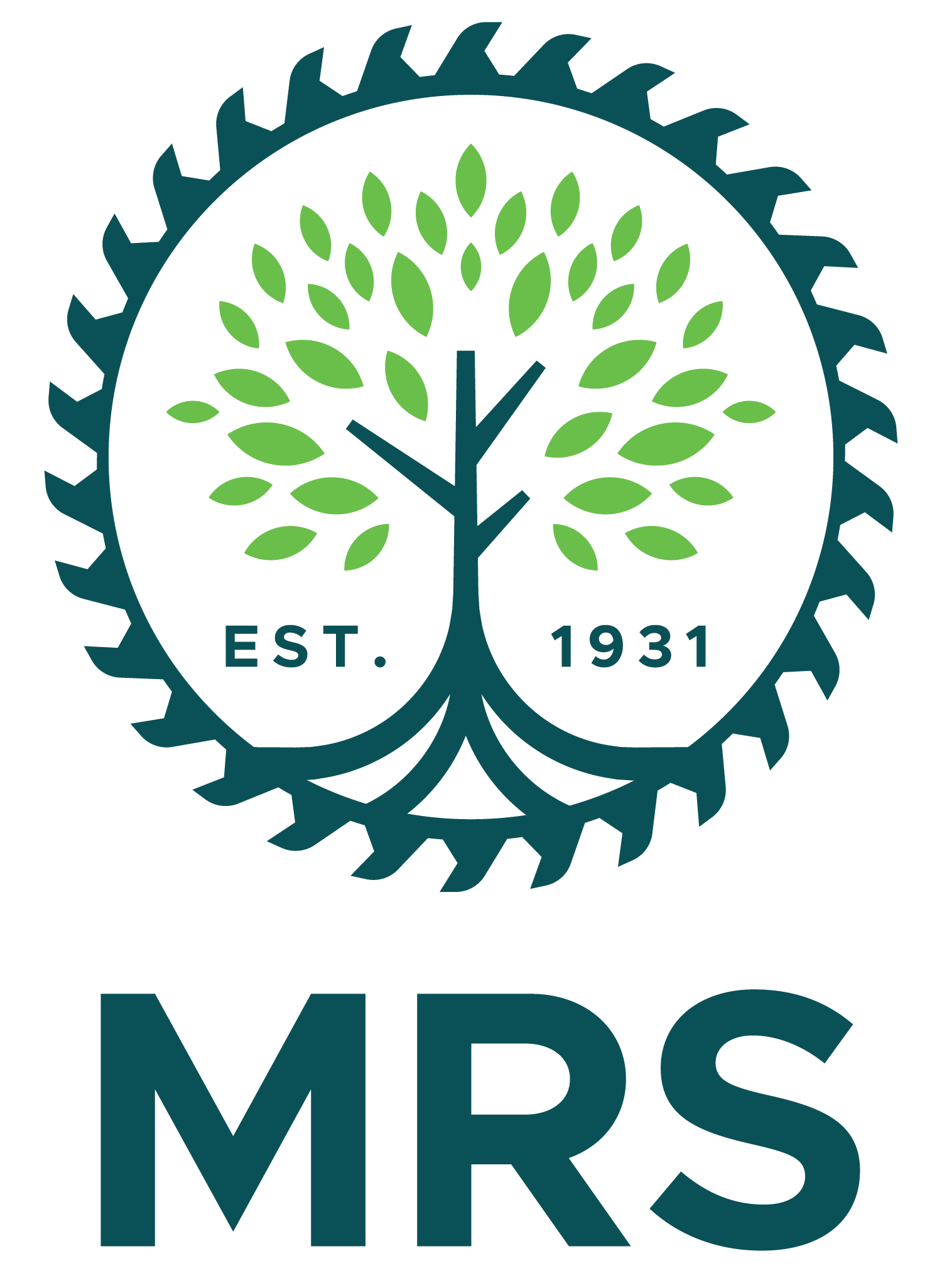 This author has not yet filled in any details.
So far MRS Lumber has created 35 blog entries.
Email 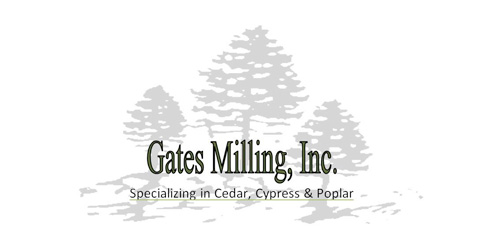 About MRS: Family owned and operated since 1931, and rooted in Irvington New Jersey. Specializing in distribution of roofing, siding, trim and decking materials. The company’s vision is to be recognized as the leading distributor of building products in our market.

Irvington, NJ — Manufacturers Reserve Supply is pleased to announce the purchase of a land lot adjacent to their office & warehouse buildings on Woolsey Street. This purchase will allow them to expand warehousing capabilities by 30% to allow for upcoming growth projections.

Manufacturers Reserve Supply has been in the city since 1931, with the constant goal of improving and developing its site on Woolsey Street. “We now own 9 lots on Woolsey Street, and we are proud to be able to expand our MRS Campus and continue to support commerce in the city of Irvington” said Steve Boyd.

About MRS: Family owned and operated since 1931, and rooted in Irvington New Jersey. Specializing in distribution of roofing, siding, trim and decking materials. The company’s vision is to be recognized as the leading distributor of building products in our market. 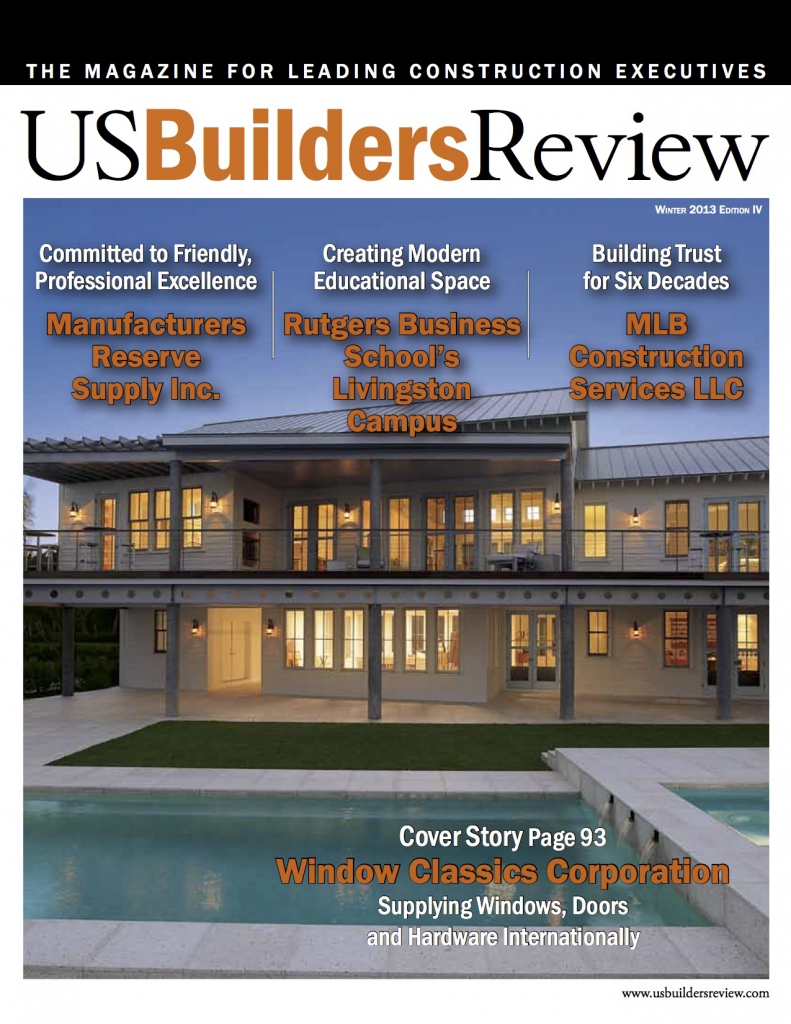 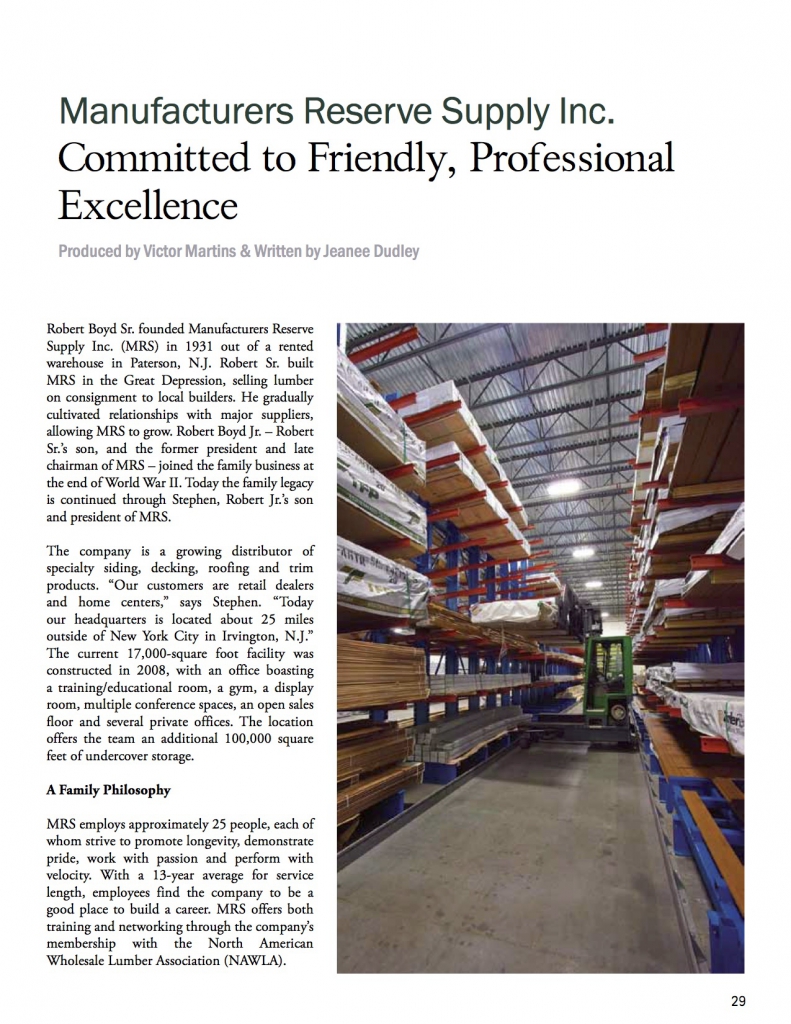 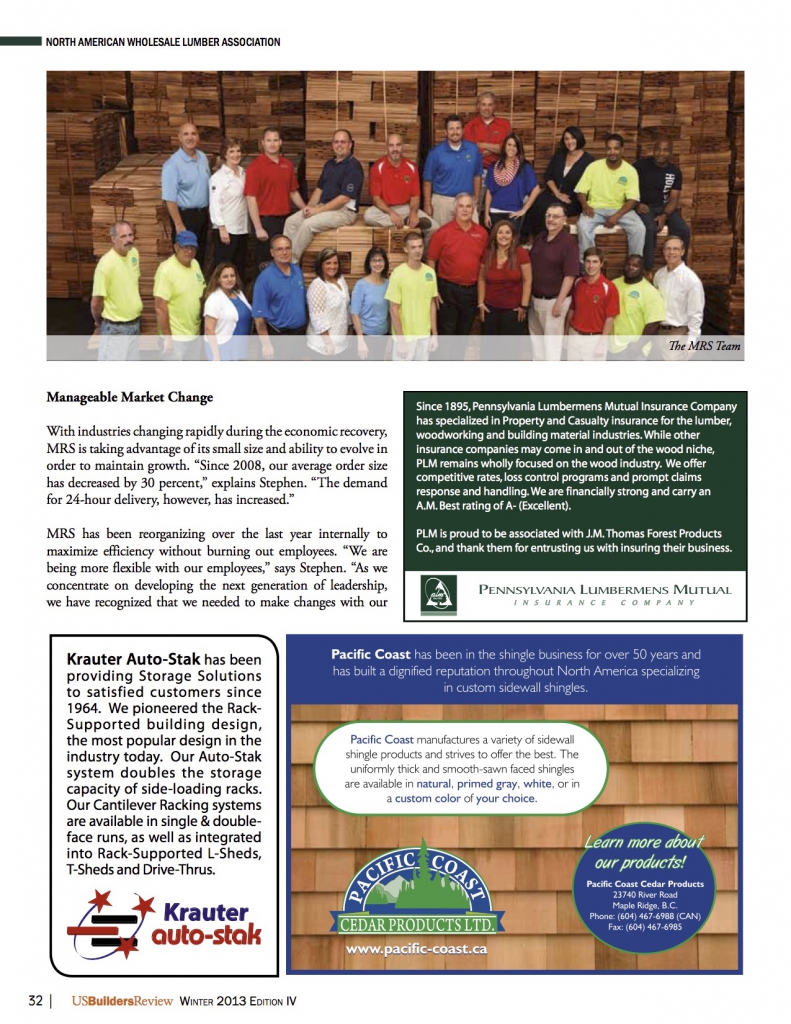 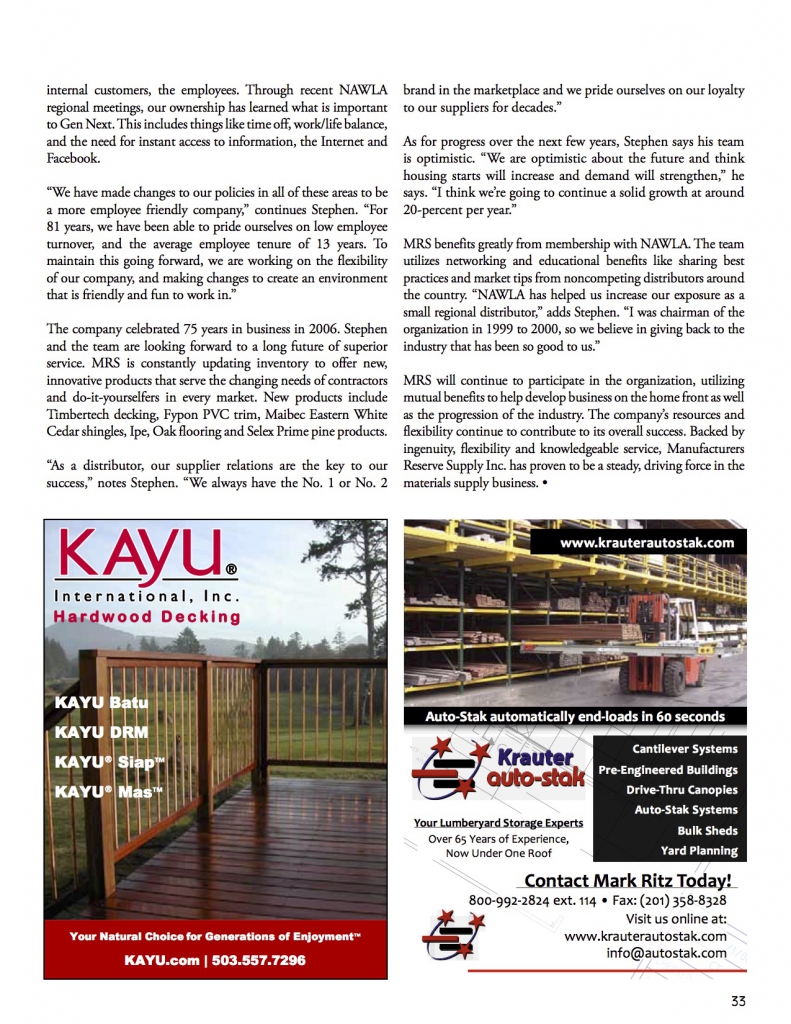 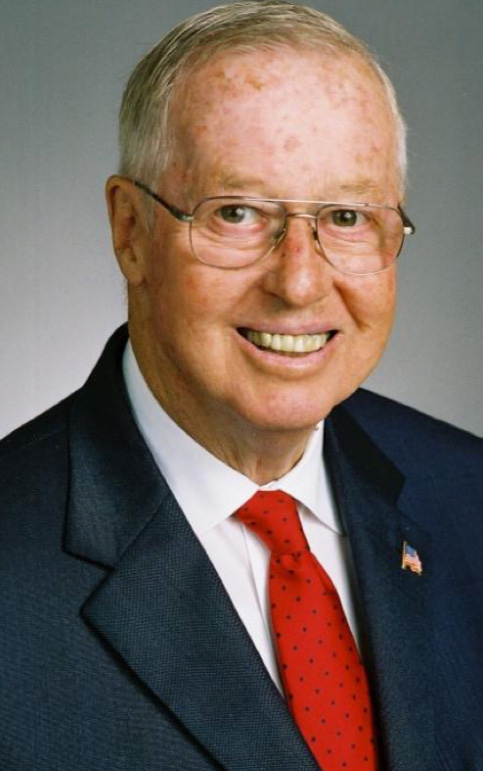 In Loving Memory of Ross Hodgins 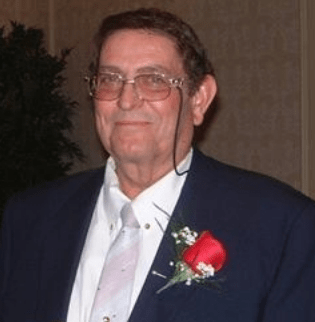 Ross quietly and peacefully passed away early this morning after a brief stay at Newton Medical Center in New Jersey. Ross was 70 years old. Ross was a leader and a mentor in the building materials industry for 37 years, all of which he spent working at Manufacturers Reserve Supply in Irvington, New Jersey. Ross achieved many accomplishments in his career including the position of Executive Vice President at MRS, and NJ Lumberman of the year in 2005. Ross was our #1 salesman for many years, and was also very involved with the Lakeland Hoo Hoo organization. Ross will be missed by everyone, especially by all of us at MRS who

knew and loved him for so many years. 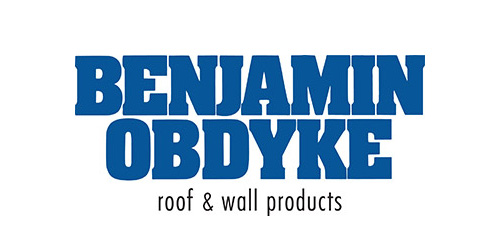 November 24, 2010 – Manufacturers Reserve Supply has recently announced they have become a distributor of Home Slicker® Plus Typar®, a cost-effective, labor-saving, moisture-eliminating rainscreen-weather resistant barrier combination. Each roll contains the patented Home Slicker three-dimensional matrix bonded to Typar, a premium residential and commercial grade housewrap. This simple design allows users to install the combination rainscreen-weather resistant barrier in half the time and promotes best practice for managing moisture in the sidewall. Each roll of Home Slicker Plus Typar is 39 in. wide x 61 1/2 ft. long and covers 200 square feet. “With the increased acceptance of rainscreen construction and recent changes to building codes, we want to supply products that will help our customers offer practical, leading edge solutions in building materials,” says Tina Breen, sales manager for M.R.S. “As the recognition grows that rainscreen products can help wall systems and claddings manage moisture and prevent the problems of mold, premature rot, and coating failure, Home Slicker® Plus Typar® is seen as a cost-effective way of achieving high performance within a wall.” “We’re proud to partner with high-quality suppliers like M.R.S. to bring solutions to the market that builders and contractors can trust in,” says Michael Coulton, general manager for Benjamin Obdyke, originator of rolled rainscreen products like Home Slicker Plus Typar. “Use of products like Home Slicker Plus Typar allows construction professionals to build better, more sustainable projects in a cost-effective manner.” Based in Irvington, New Jersey, Manufacturers Reserve Supply is an independent wholesaledistributor specializing in quality softwoods, hardwoods, composite, and PVC building materials used for siding, decking, roofing, trim and other carpentry purposes. These include western red cedar, eastern white cedar, TimberTech decking, Fypon trim boards, and Selex Primed Pine. M.R.S. currently distributes these products to lumber retailers in New Jersey, Eastern PA, New York (including Long Island), Connecticut, Northern Delaware & Maryland. Serving the building material industry for over 79 years, integrity and reputation have been the paramount to M.R.S. 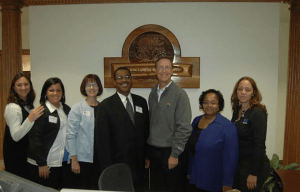 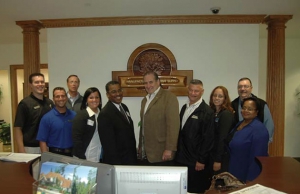 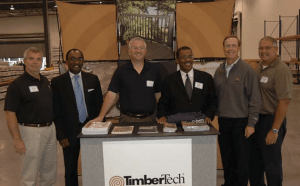 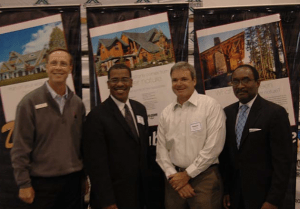 Special thanks from MRS President, Steve Boyd (far left) to Bob Andersen (2nd from right) of RC Andersen, General Contractor for all his good work for our new buildings. 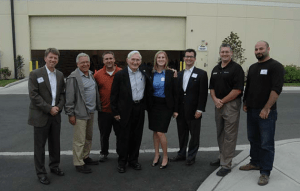 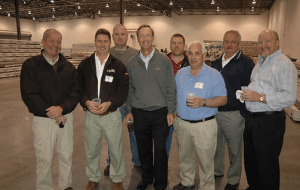 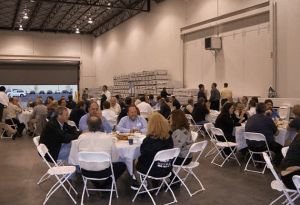 Beefsteak dinner was the perfect way to turn friends into family

MRS will Distribute Selex Trim Boards in Alliance with CMPC 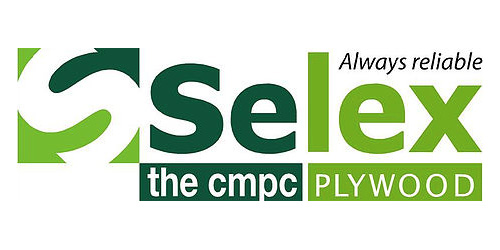 Effective immediately, MRS will be distributing Selex Trim Boards manufactured by CMPC, one of the largest Pine board exporters in Chile and Argentina.

“MRS is known for distributing quality trim products. We think that offering a good better best selection is critical to turning prospects into sales and that is exactly what adding Selex to our line of products will do” said Steve Boyd, President of MRS. When asked why CPMC chose MRS to be a distributor, Jeff Herscovitz, Sales Manager, responded “We look for alliances that share the same consultative approach to selling that we do. Education and training for both the lumber yard and the contractor on features and benefits, along with best building practices is the approach we want to take to the market. MRS has been well known for their high level of strategic selling for many years.”

Selex trim boards from CMPC are finger jointed radiata pine, primed with 2 coats of high quality acrylic primer, and buffed between each coat. The factory applied primer gives a thickness to the coating that contractors desire, and the vacuum priming system is the process that contractors trust.

About MRS: Family owned and operated since 1931, and rooted in Irvington New Jersey. Specialized in distribution of roofing, siding, trim and decking building materials. The company’s vision is to be the best distributor in the north east by using our “8 Points of Service Excellence” to guide each and every decision and service opportunity we have. Preaching a “servants attitude” to customer service and executing operational excellence are the key drivers to making MRS the preferred distributor of most customers within the trading area. 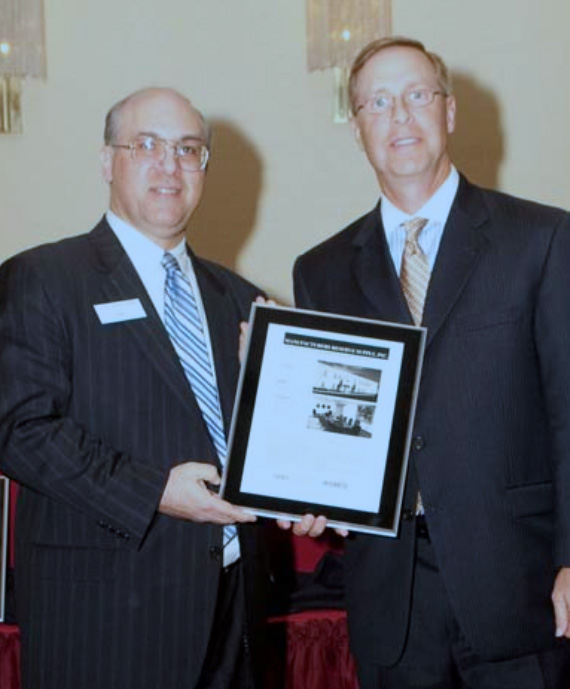 Never giving up on Irvington, Manufacturers Reserve Supply has been in the city since 1931, working hard to build and reconfigure its site on Woolsey Street. The $6 million project includes a warehouse and distribution facility, new parking lot, and an educational office building for the wholesale lumber distributor. Old dilapidated buildings were demolished, abandoned glass-strewn properties were cleaned and in the process, two hundred construction jobs were created. The project was designed by M.J.S. Architects of Dover. The builder was RC Andersen, LLC of East Rutherford. .

The New Good Neighbor Awards Luncheon annually brings together a dynamic group of builders, architects, engineers and others in the development community to honor those responsible for the State’s most impressive new commercial construction and renovation projects.

This year, 45 projects were nominated representing more than $560 million worth of construction and creating nearly 6,900 jobs. An independent panel of judges selected the winners based on economic impact, architectural merit and community involvement. Steve Boyd was honored to be included with some of the big winners like BMW, Novartis, Bayer and many others. The story of renovation goes back to MRS President Steve Boyd’s involvement with the city’s Camptown Improvement District (CBID.) Boyd is an original member of the organization, which was founded in the late 90’s by the New Good Neighbor nominator, Michael Roesch (president of the CBID & the Irvington Chamber of Commerce.) Boyd is noted for committing funds and generally “getting the CBID off the ground,” Roesch explains. MRS location became the first redevelopment designation in the industrial section of Irvington. The site was also the second “Industrial Special Improvement District” in the US.

Pictures of our new office and new warehouse shown on the following pages.

STOP BY FOR A TOUR! 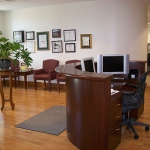 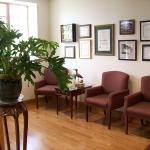 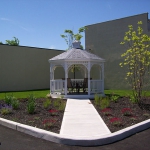 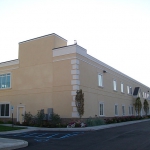 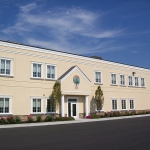 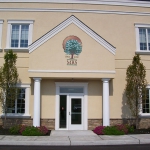 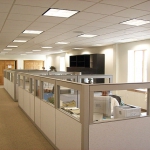 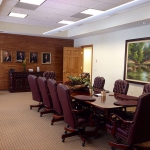 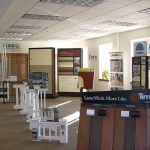 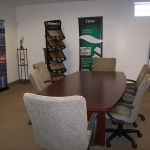 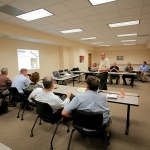